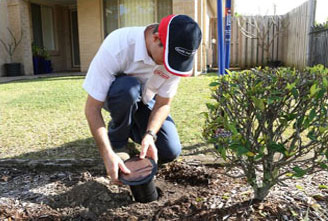 Termite baits are a whole different concept. With this approach, small amounts of material known as the toxicant knocks out populations of termites foraging in and around the structure.

Some homes may have only baits as a “stand alone treatment”, others may be integrated with liquid or barrier treatments. Using a baiting system with barrier treatments will allow a reduction of amounts of pesticide use.

No termite control method can guarantee you will never get termites. Termite control may include a combination of one or more of these methods, a baiting system, termiticide treatment, moisture control, foaming, removal of earth wood contact and etc.

Termite baiting is a simple process and can be used as a preventive measure to detect termites where they are not yet a problem.

OVERVIEW OF THE TERMITE BAITING PROCESS

Currently, there is no way to substantiate claims of “complete”colony elimination.

Laboratory tests do suggest that colony elimination is possible..but in reality they may have multiple food sources, the poisoned bait not being the only food source.

However with proper monitoring and bait placement the termites will consume it,resulting in a population reduction! Because of the smaller population level you would find less stress from the termite colony, resulting in less feeding and less damage.
It can be a valuable tool. Termite baits are an added measure of security and are best used in conjunction with the traditional soil treatments if you have a current infestation .

In infested structures, it is best to treat the area where termites are found with the barrier / traditional soil treatment. You would be cutting off the termites’ current food sources (your structure), forcing them to find other sources for food ( the bait for example). However, you don’t place the bait and the liquid termiticide in the same place. 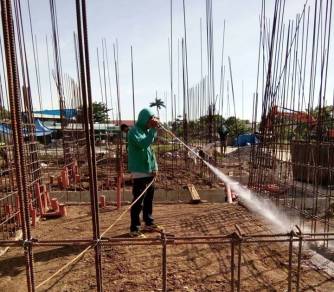 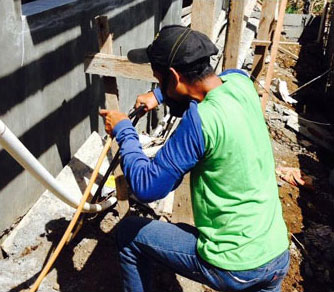 By clicking the “Get Free Quote” button below, I expressly authorize Woodland Pest Control to contact me at my numbers I entered above, about their services. I understand that I am not required to consent in order to make a purchase and I may opt out at any time.

I was very happy with the service from Woodland Pest Control today. The service carried out was residential rat extermination and proofing... - John Doe